Prior to Steven Marshall, first elected as the member for Norwood in 2010, there were seven members for Norwood. Norwood has changed hands between Liberal and Labor members several times since the district was created.

Located directly east of the Adelaide city parklands, the district contains some of the older residential suburbs of Adelaide as well as numerous small business enterprises.

The City of Norwood Payneham & St Peters and the City of Burnside are included within the electorate boundaries. 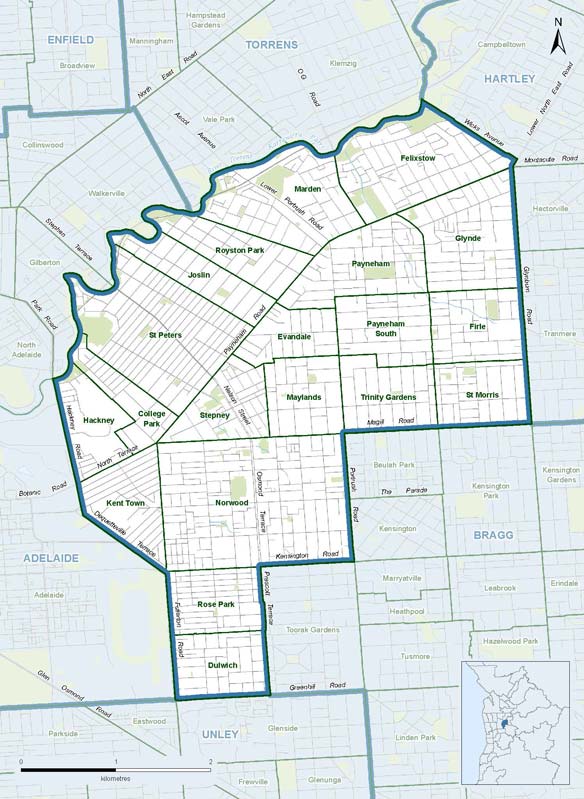 The district, previously named Norwood, was created at the 2012 boundary redistribution and first contested and represented in 2014.

Dunstan has a diverse multicultural population with the majority of residents claiming English, Italian, Irish, Scottish and Chinese ancestry.

Origin of the name

He was the first member for Norwood, winning the seat in 1938 and held the seat for two non-consecutive terms. Prior to this, he was the member for East Torrens, and had run unsuccessfully for the seat of Wooroora in 1918.

Mr Nieass was active in local politics and served as a state secretary for the Australian Government Workers’ Association after leaving office.

Many articles and accounts of his activities appear in local papers over the decades. In one instance, prior to his terms as member for Norwood, Mr Nieass had to rush home from Melbourne overnight on a Friday to lodge his nomination for a position in the Hindmarsh Council before the deadline on Saturday. In another article, he recounted once being carried away on the back of a runaway billy goat after participating in a race during his youth in Moonta.

Moir had the unfortunate experience of once being prosecuted for an election window display ‘in the form of the letters “L.C.L.” which exceeded the prescribed size’ under national regulations.

Mr Moir had formed the letters from election posters, and as each letter of the sign had complied with the prescribed size of 10 inches by 6 inches, he had ‘thought it would be all right to display the posters in this form. The prosecution did not ask for a heavy penalty.’ He withdrew the display upon being notified it was in breach, pleaded guilty and paid a fine of five pounds.

The longest-serving member for Norwood, Hon. Dunstan held various ministerial appointments during his Parliamentary career, including Attorney-General and Treasurer, and two non-consecutive terms as Premier (June 1967 to April 1968 and June 1970 to February 1979).

Hon. Dunstan led a period of social reform, which included the Parliamentary dress code. Mr Dunstan was known for his progressive dress, in 1972 he wore a bright pink pair of shorts to Parliament, the first politician to do so under a relaxed dress code. Dunstan, who was in office for almost the entire decade, spearheaded a period of social change in which South Australia was the most progressive state in the country, recognising Aboriginal land rights, decriminalising homosexuality and appointing Australia’s first female judge, Dame Roma Mitchell.

After retiring from politics, Hon. Dunstan became head of the Victorian Tourism Commission, was the national chair of Community Aid Abroad and chair of the Mandela Foundation and president of the Movement for Democracy in Fiji. He also ran an acclaimed Adelaide restaurant.

Hon. Greg Crafter was elected in a by-election on 10 March 1979 after Don Dunstan’s resignation. Crafter was defeated in the September 1979 election by Frank Webster. That result was invalidated in court, and Hon. Crafter won the seat back at a February 1980 by-election. He held the seat of Norwood for 13 more years, holding several ministerial appointments, until his defeat in December 1993.

Hon. Crafter was born 16 September 1944 in Mount Barker. He first ran for Parliament in 1977 for the seat of Coles but was defeated. Prior to that, much of his working life had been spent in the state’s public service, including for the Harbors Board Department, which he joined in February 1962.

Mr Webster won the Norwood seat in the September 1979 state election by a margin of 33 votes after preferences. However, a court decision later invalidated that election’s result, and in a February 1980 by-election, Mr Webster was defeated by previous member Greg Crafter.

The Misleading Advertising provisions of the Electoral Act were introduced after the 1979 state election campaign following a contentious court case that overturned Liberal Frank Webster’s election win over Labor’s Greg Crafter. At issue was one election advertisement in a local paper.

John Cummins was elected to the seat of Norwood after defeating Greg Crafter.

Mr Cummins was born in 1944 in North Adelaide. He was a solicitor for 13 years and a barrister for 12 before entering Parliament in 1993. He co-founded a support scheme in Norwood for unemployed youth and after he was defeated in the 1997 election by Vini Ciccarello, he returned to practising law in Adelaide.

Mr Cummins’ relative, William P Cummins, was the Liberal member for Stanley from 1896 to 1907.

Ms Ciccarello won the seat of Norwood in October 1997, defeating John Cummins. Known in the community for her favoured mode of transport, a red pushbike bearing a Ferrari sticker, she held the seat until March 2010, when she was defeated by Steven Marshall. Vini Cicarello was Mayor of Kensington and Norwood Council for seven years prior to entering state politics.

For all emergencies including Police, Fire and Ambulance please call 000.